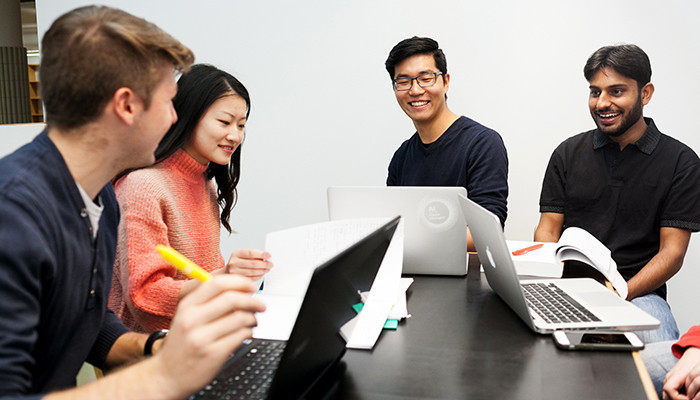 Almost 1 400 students from the United States, Russia, Germany, Spain and Italy as well as many from Asia, especially Japan, China and Vietnam have registered for the Introductory Finnish online course starting in June.

‘The participants include a lot of people who are currently studying at universities and universities of applied sciences or working in Finland, as well as students who have already returned to their home countries. We have second and third generation Finns from the United States and Canada who want to learn the language of their ancestors. The course also has a large group of people who are fans of Finnish culture: the Moomins, music, Finnish society and education,’ says course teacher and developer Aija Elg as she lists some examples of the participants.

The course held in April was developed on the basis of feedback obtained from a pilot. This development was worthwhile, because the feedback was excellent and only a few changes were made for the June course.

‘We’ve received more than 1 000 messages in which people expressed how delighted they were to have the chance to study Finnish online and be in contact with the other students at the same time. We’ve created a Facebook group called Introductory Finnish Fans for course participants, which gives them the opportunity to get better acquainted and perhaps even arrange meetings. There’s been lots of activity in the group.’

What’s your name in Finnish?

The course begins with a quick info package about the characteristics of the Finnish language. It starts with a few nice bits of information for students, such as the fact that Finnish has no articles or masculine and feminine forms. The students also find out that Finnish is easy to write because the language is always written the way it’s pronounced. Students use videos to practice pronunciation and learn how to greet people and introduce themselves. Each student also has their own Finnish name, which they receive from the name generator on the Visit Finland website. Many have begun using their Finnish name in, for example, their Facebook profile.

‘It’s great to see how much interest people have regarding Finnish language and culture, and how many friends Finland has around the world. We’re also pleased that the course increases Aalto’s visibility globally and allows us to advertise other courses and study opportunities offered by Aalto. The outstanding feedback we’ve received about the course encourages us to keep developing it. Many messages have asked about a continuation of the course, and here at the Language Centre we’re considering whether this is possible,’ says a delighted Aija Elg.”