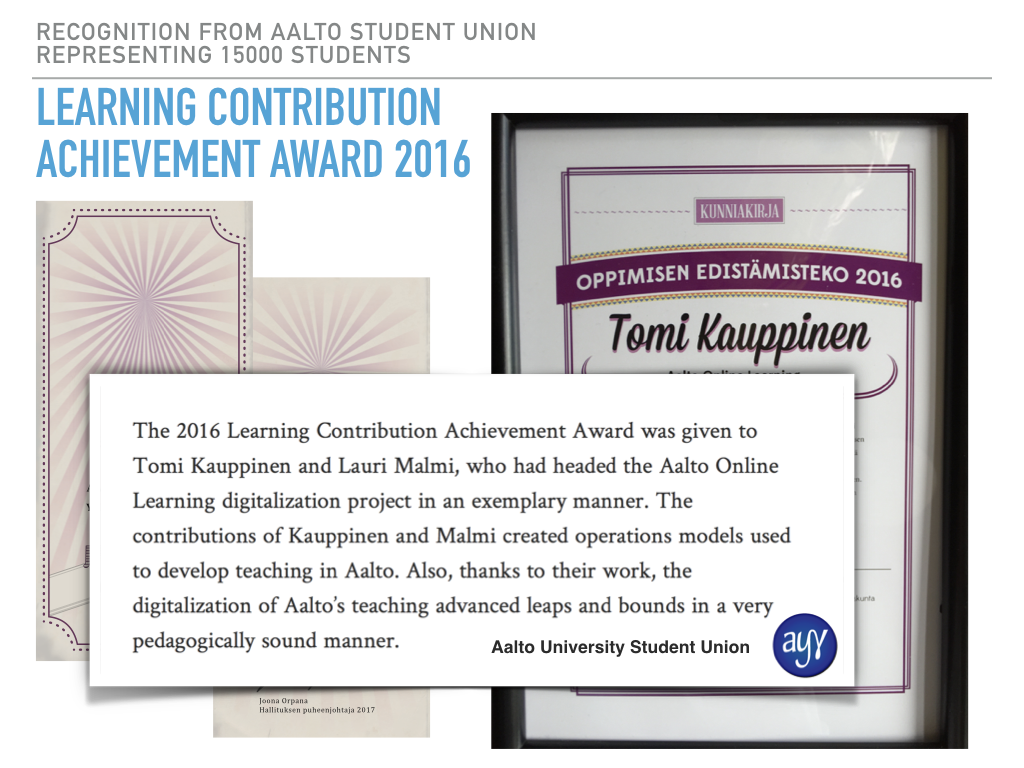 They have headed the Aalto Online Learning digitalization project in an exemplary manner.

“The Aalto University Student Union AYY hosted its Annual Ball on Saturday, the 20th of May 2017.   At the Ball, AYY rewarded commendable members and associations of the Aalto community. The 2016 Learning Contribution Achievement Award was given to Tomi Kauppinen and Lauri Malmi, who had headed the Aalto Online Learning digitalization project in an exemplary manner. The contributions of Kauppinen and Malmi created operations models used to develop teaching in Aalto. Also, thanks to their work, the digitalization of Aalto’s teaching advanced leaps and bounds in a very pedagogically sound manner.”