Reaching a wider audience with entrepreneurial skills via online learning 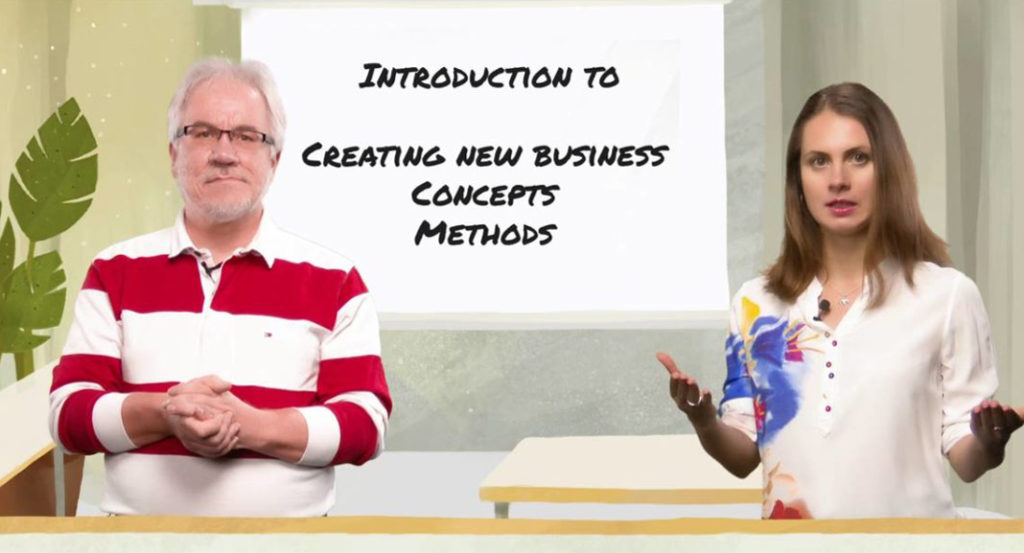 With the current situation on Coronavirus, most education has moved online. Luckily, Aalto Ventures Program didn’t have to start everything from scratch, there’s already Starting Up—an online course for the basics of startup entrepreneurship—and just recently another online course became available. Read more on the development and ideas behind Entrepreneurship Intro—a video-based course for future entrepreneurs—below.

The current way of teaching entrepreneurship in Aalto University might not cater for all student groups. Many students consider self-employment and having their own business as career options, but don’t feel that the startup world is for them. Not everyone is interested in creating the next Uber or Facebook—some people would just like to open a small boutique to sell their products or services such as furniture, art or consulting. However, most entrepreneurship education caters for the first group of people, the startup enthusiasts, focusing on solving complex problems and impressing potential investors. This is necessary, of course, but it’s not for everyone.

From idea to concept

Håkan Mitts and Lidia Borisova, both teachers at Aalto Ventures Program, noticed this discrepancy and decided to do something about it. They wanted to create an introductory course aimed at the other group of students, something that would be easily accessible for everyone, while introducing some of the basic steps of starting one’s own business.

There were already one-credit introductory courses to entrepreneurship such as Refresher on Business Research and Yrittäjyys Aallossa. Lecturing, however, did not feel like the right approach for the new course. Håkan and Lidia wanted to do something more engaging and less traditional than having everyone sit through a lecture or two and write a reflection paper. They decided to go completely online.

Once they started to draft the first ideas for the upcoming online course, Håkan and Lidia realized something else they could now do differently to make entrepreneurial skills more easily accessible. Currently, quite a bit of entrepreneurship education is provided in pieces of information, but there’s little to no story or timeline involved, and it can be hard to understand how the pieces fit together. They decided to create a story to which all the pieces would fit logically and chronologically, and as a result Veera was born.

Veera is an animated character and the protagonist of the story told in the course. She’s a budding entrepreneur on her path towards setting up her own business, and the students follow her journey throughout the course, learning everything she does.

Once the concept was clear, it was time to start creating the actual course. They wanted the course to mostly include clips of Veera facing different and sometimes difficult decisions and problems on her way to success. In addition, there would be short informative videos of Håkan and Lidia addressing whatever issues Veera is facing, and additional reading to deepen the students’ understanding of issues at hand. Creating a video-based online course was a new experience for both Håkan and Lidia, and they knew they couldn’t do it alone.

Luckily, they didn’t have to. Yulia Guseva from Aalto Online Learning stepped in as a producer, while Sampsa Kares from Aalto Studios did the heavy lifting with shooting and editing the videos. Creating Veera also needed someone to animate her and someone to do her voice, and both these talents were also found from within the Aalto community—Veera is designed by Game Design and Production student Silva Kuusiniemi and voiced by Collaboration and Industrial Design student Molly Balcom Raleigh. Even if the idea for the course came from AVP, implementation would’ve been simply impossible without cross-department collaboration.

Creating the course was a fun experience for Håkan and Lidia and the rest of the team, and almost everything proceeded as planned. Naturally, there were some challenges as well. Even though shooting the videos and giving the lectures took less time than anticipated, polishing the end result to a point where everyone was happy took quite a bit longer, and the time it took to have the course online was underestimated. They first had the idea about the course in June 2019 and started working on it in September. While everything was shot already in December, there were some surprises and other pressing issues with other courses, and it took a few months to have everything ready.

But now everything is ready and the course—Entrepreneurship Intro—is available online. For now, it’s only open for Aalto University students and staff, but it’s in the plans to make it publicly available once enough feedback is gathered from the Aalto community. “Making the course was a fun process and we really like how it ended up,” Lidia says, “I really hope people try it out and give us feedback, so we can make it even better.”

Entrepreneurship Intro is available at AVP website. Currently, it’s only for the students’ own benefit, but the plan is to have it as an official Aalto-course worth one ECTS in the future. The course is especially aimed for people who’re interested in entrepreneurship and are looking for an easy way to get started, or who’ve considered self-employment as a possible career at some point. Additionally, it could be used by teachers who want to give their students a taster of entrepreneurship in any existing course. For possible use in corporations as a training method for employees, one should contact Håkan or Lidia. The course was developed as a pilot for and financed by Aalto Online Learning.

For questions and further information:

< previous post Cloud Reachers podcast S02E05 with Laura Sivula on the air > next post What does it take to produce an online course: interview with Håkan Mitts and Lidia Borisova