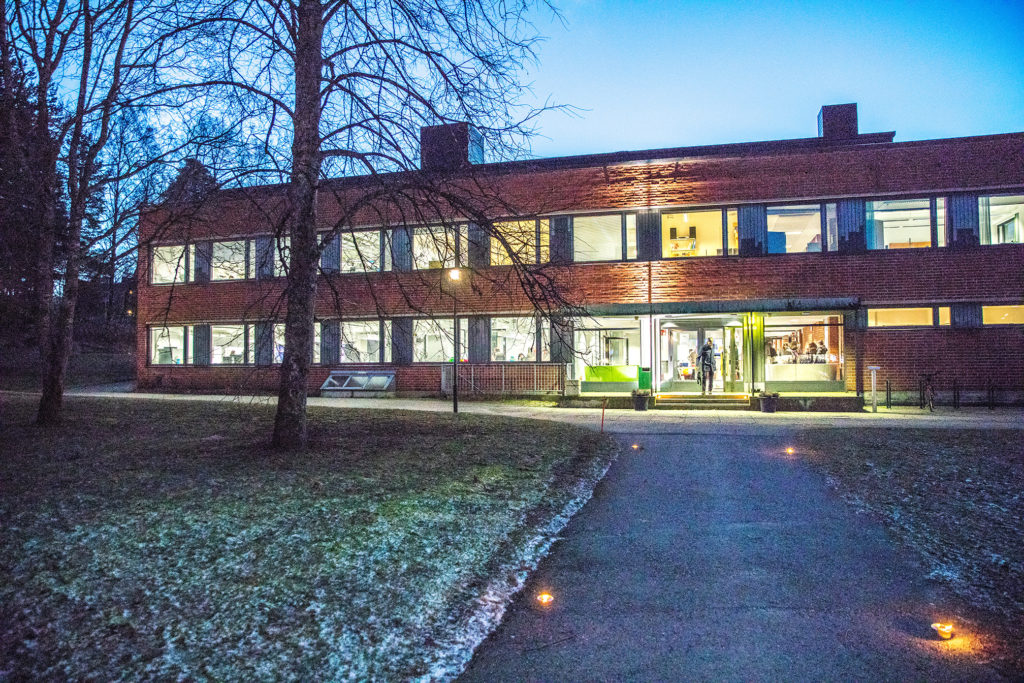 Educational game design at Aalto University has taken a step in a bold new direction with an immersive science-based Escape Room for Aalto Junior. From May to August 2019, four Aalto University students were tasked with developing a new Augmented Reality for Interactive Storytelling (ARIS) project for the Aalto Online Learning initiative.

Based on the popular escape room genre, this story-driven game operates on the open-source ARIS platform with QR code triggers, which unlock clues to new puzzles. This digital aspect is combined with hands-on experiments from geology, chemistry, physics, and electronics to name a few. The game is targeted at 13–16 year-old students. Groups of 10 – 20 students can try to beat the 60-minute countdown clock by unlocking the final puzzle.

Early game testing has proven quite successful with cheering and applause from these early participants.

The Aalto Junior team is very pleased with the game design and plan to train its student facilitators to run the game during the regular school year. There has already been some discussion about sharing this concept with other university LUMA centres around Finland and possibly exporting this to universities internationally. Similarly, the escape room has drawn interest from research groups at Aalto University and the University of Helsinki.

The team was composed of two Master’s students in Game Design, Christina Lassheikki and Isra Rab; a Master’s student from Computer Science, Maimuna Syed; an Art Education Master’s student, Lauri Vase; and long-term ARIS project leaders, Maurice Forget and Tuomas Paloposki. After consulting the Aalto Junior team about their possible needs for an ARIS-based game, the ARIS team struck upon the idea of an escape room, which could be used year round in the Aalto Junior labs.

ARIS was first developed at the University of Wisconsin-Madison nearly a decade ago. It has since become popular among educators around the world for developing place-based educational games, tours, tutorials, and story-based games. This is the fourth year that Aalto Online Learning has sponsored ARIS projects with hopes to continue development into summer 2020.